Market failures are situations where industries and sectors do not reflect the public welfare; economic policy beliefs; and, or produce inefficiencies that meet a criteria which classify them as a public problem. So with this relatively complex definition in mind, it is important to have a discussion about why failures occur and how they emerge. It is important to reflect on the cost to the state, on one hand; it is just as valuable to account for the full benefits (direct and indirect) derived from public expenditure. This is ideal in economic terms; but in business finance— there’s no room for this conversation because lenders aren’t necessarily interested in the public good: the gross value added should be of such a nature that productivity follows the stimulus. With fingers crossed, our R 3 trillion debt should fuel a tangible R 5 trillion or more return on investment over time. However, governments also serve the intangible long-term gains in society which in many ways justify certain market distortions up to a certain point. This point is probably where positive and normative economics draw a tension space: what ‘is’ just does not reflect what ‘ought to be’ anymore— hence measuring our utility gains and costs; equity and efficiency in practice is truly so difficult:

“Economic efficiency has to do with producing and facilitating as much consumption as possible with available resources, whereas equity has to do with how equitably goods are distributed among individuals. Do competitive markets lead to the most preferable state of society? What are the distributional effects of imperfect competition and monopoly power? How can the effects of monopoly power be measured?”

With my novice knowledge on this subject, it appears to me that government intervention is more complex than the cash component which dominates the financial side of our economy. It is equally crucial to undertake a significantly more strategic, tactical and operational view of public expenditure and ensure that performance is monitored and managed.

Consider the South African Airways case right now. Business rescue was the chosen alternative in order to reduce the broader market consequences of closing business— which can be abrupt in the aviation sector. The underlying options are securing equity partners; radical restructuring; public private partnerships; and “getting rid of the airline”. Some studies reveal that SAA has been dominating the market in a manner that was causing significant lack of competition because the “subsidies” called bailouts distorted the “free-market” in South African skies. However, these funds kept the airline and business flowing. Before this, significant reforms were underway until rent-seeking, leaking procurement and symptoms of “capture” lead to deeper distortions of the market. It has escalated to a point where the airline was not publishing annual reports; it lost a chief executive on the grounds of institutional inconsistencies; customers also lost their ticket insurance; and was facing a business rescue submission by a trade-union.

This compounds the situation because while it provides some security for employees, the Companies Act purports that employees and their representatives limited rights to participate in the business rescue proceedings in a sense that (a) creditors and shareholders have right to participate formally or informally in the development of the business rescue plan; but (b) unions (i.e. employee representatives) may only be consulted with due to time to respond to proposals; and (c) they may propose that an alternative plan be developed only if the one tabled is rejected. Solidarity, so far, seems to be interested in participating in the business rescue plan’s development process quite intimately– this could have been possible if the court ruled in favour of their submission. Simultaneously, during the strike action an important question to the spokes person of NUMSA: “the workers are making a sacrifice [no work no pay]…what sacrifices are the leaders [of the unions] making?“

Gap for economic regulation through rescue

The by-product, of these circumstances is a sensitive situation, in which the airline is going to be supervised and dissected by a practitioner who will at least be appointed within the airline’s control. However, various other options existed prior to and leading up to the business rescue debate— what matters now for the shareholders and stakeholders involved as that there’s a “general moratorium on legal proceedings against the company”. This implies that during this process, once the practitioner has been appointed, a very tight clock starts ticking for an airline which would be explored limb-by-limb to assess the extent to which it may be rescued. In economic terms, this is characteristic of diminishing returns from bailouts which distorted the market in general; but also insidiously intoxicated the firm without the appropriate incentives to perform. Here, the Economic Regulator had the power to observe the market through rigorous analysis and objectively contend for a more open or closed market; a more or less vertically or horizontally integrated airline company; and furthermore assessed the staff complement and organisational stability.

“The implementation of the Africa Continental Free Trade Area and the accompanying Single African Air Transport Market intended to underpin it, are initiatives that will benefit South Africa and other countries with business and trade enabling policy and legal frameworks,”—Alexandre de Juniac, IATA

In 2017 the International Air Transport Association (IATA) reported that South Africa has up and downside trends for aviation in 2037. The current state of affairs is seeing a 20.9 million passenger market grow to at least 35.2 million in the worst-case scenario: which is double the passenger volumes. That’s about a 40% increase in jobs and a 70% increase in Gross Value Added from $9.4bn (R 138bn currently) to at least $15.9bn (R 232bn). We’re talking about nearly half a million jobs intimately involved in the aviation sector directly and indirectly. Empirical evidence of South African Airways revealed that it served as a Full-Service Network Carrier which was true to its cause, and dominated the market to over 85% in 2010; while this dominance may not have persisted— it remains a particularly award winning airline for its service offering with over 50 awards since 2001, some of which it has one year-after-year.  Ranked at number 45 in the top-100 airlines in 2018, and down to 48 in 2019, five just under Ethiopian Airlines in 2018, which dropped to 44 in 2019. How does an ailing airline manage to retain such recognition? There’s certainly much more than just cashflow issues at the airline.

Beyond the carrier into regulartory expectations

Considered as a full-service network carrier in much of the literature SAA used to be part of a market leading “clique” of African airlines which were well characterised in other studies:

“Existing full-service carriers with well established international hubs, together with well developed feeder networks either through regional partners or subsidiaries, proved to be the most sustainable in terms of year-on-year profit levels.”

What is expected from the business rescue process is an understanding of the airline’s internal dynamics and authority to act within the airline’s best interest in terms of rescue, but also have a balance of outcomes across various stakeholders. The business cases for retaining a vertically integrated and (less) diversified entity need to be evaluated on a subsidiary-by-subsidiary basis in order to identify the cost and service dimensions underlying each part of the business. However, there are some regulatory issues which again highlight the importance of economic regulation. Particularly the issues around the necessity of conditional allocations to the airline, which encourage progressive steps toward the primary objective; and “punishes” non-compliance with performance requirements.

A general expectation is that this may be the most secure entry-point for rehabilitation and reform; but it is also a melting pot of complex supply-chain-wide vested or overt interests. It is inherent that the information about the broad value chain underlying SAA will be of interest to various interest groups who would want access to the detains of the company— with or without due regard of the impact such insights may have on the airline’s future performance. Some will easily argue that this situation could have been prevented— but that is not the point, because we’re already here. What does matter, however is that the lack of a functionally aggressive and robust Transport Economic Regulator exposes State-Owned Enterprises to market failures, distortions and collapses in high value markets. Particularly in the broader continental economic environment, as Alaxandre de Juniac presents: we need an enabling environment and reforms are probably the sober first step. What is happening is an SoE in financial distress; what should be happening is an airline soaring not as a competitor, but an enabler for a new generation of aviation industries.

Thank you for reading this. To some who’ve been following the blog posts, a bit of a detour up ahead because of the nature of the SAA situation. We’re going to look at other issues over the next few weeks although the SAA case is important— there are other issues to grapple with (i.e. NMT and flooding; minibus taxi violence; new bills; industrialisation and other reports). Let me just say that regardless of which route is taken with regard to the business rescue issue, SoEs will be confronted with the precedent for reform: this applies to the Passenger Rail Agency of South Africa (PRASA), in particular. The incentive is to make the submission first.

#202 A conversation about the long-distance passenger market in SA 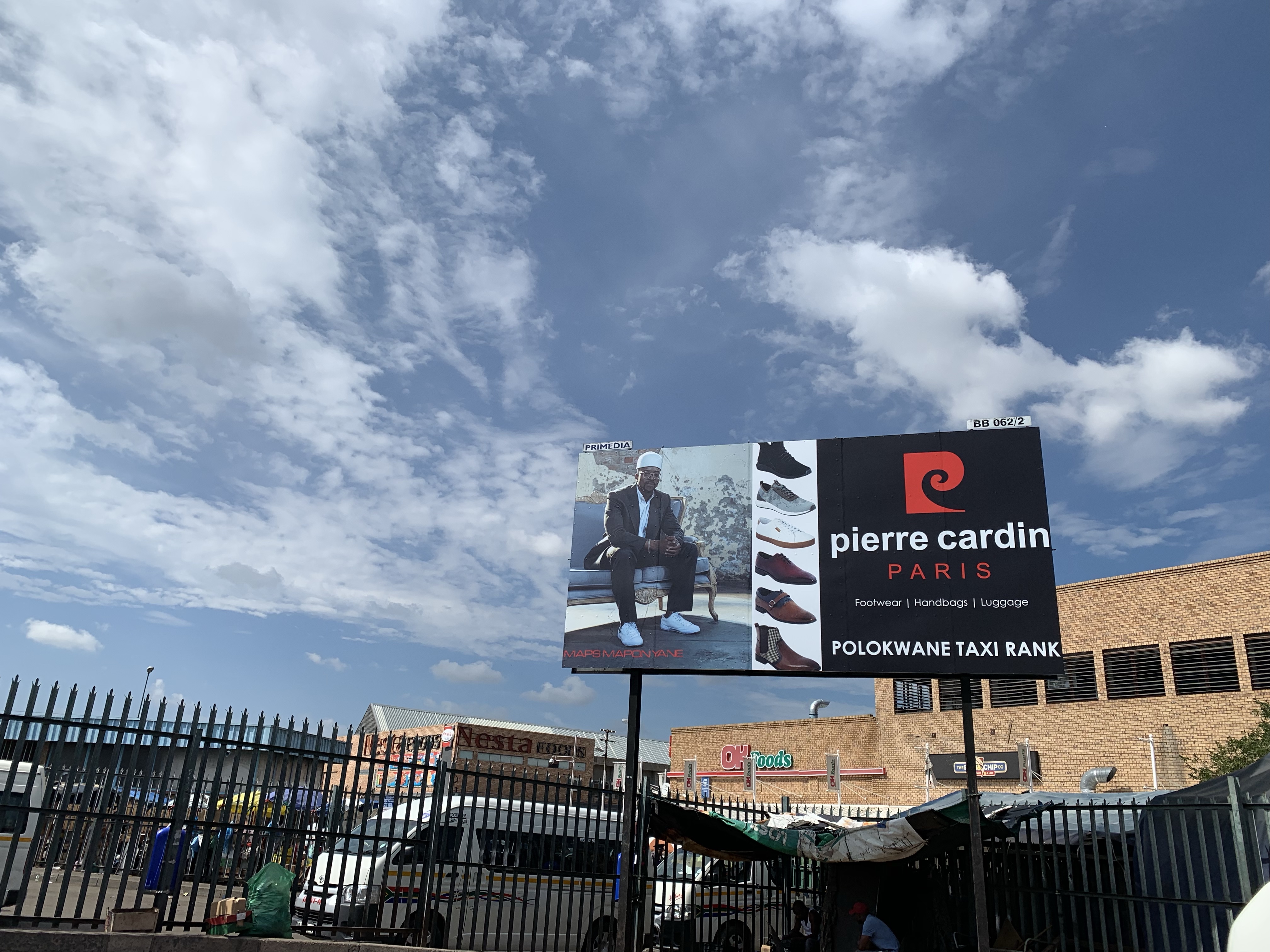 #199 PRASA: The importance of separating transport infrastructure from operations

#198 Transportation in the 2020 Station of the Nation Address

#193 Data collection to serve the public in transport