Nothing is more disturbing than the manner in which transport users are neglected in SA. However, there’s substantially more opportunity there than previously anticipated. Protests, strikes and things of the like are present in public transportation. Information technology management could help bridge the gap, but we also need to focus on our sense of care.

Information technology and systems are a highly influential part of the sensitivity of public and private sector to changes. Whether we’re talking about innovations or side-payments, both of them are moving parts in the bigger scheme in transport services. Contracts are the rules of engagement, and while on paper they seem to work, they don’t reflect the information technology humans live by: love, care, compassion and ethics. Welfare economics tries, but remains untested; empathy is important, but seems irrelevant.

Commuters can not strike back on transport operators because they’ll have to pay a higher price than the operators do.

Empathy is far from the contract form. You don’t have to care about the people you serve to be a driver of many. It used to be a space of dignity, a certain expression of entrepreneurship, community leadership and fatherhood. Today, it’s hard to tell because some are good and some are terrible. Perhaps that’s the nature of our world today. This duality must be part of the acceptable. Unfortunately, it comes at a high cost.

Who do we protect in the protest? Commuters wait bare and some stranded to the bone, without an alternative service. There are options: like using a minibus– which are always available. One day they’ll be part of that protest as it strikes commuters the hardest. Drivers must be protected because companies tend to exploit them. Companies are big and small, both struggling with unit costs, revenues and profits as competition grows.

Commuters can not strike back on transport operators because they’ll have to pay a higher price than the operators do. Lost time, being late for work, longer routes and even higher cost of travel. What now? Who cares? No one. In public transport services, commuters remain drained to the edges of their shoes and corners of their pockets. Nothing is more tormenting to note.

Yet there I go, in my car down the local street and off to work. Watching them wait in puddles after the rain; or dust on windy days. As winter freezes the morning grass, I can still feel my fingers turn blue on my way to school, cheeks numb while walking to work, warm sculpture while driving to my office.

There’s a massive gap in the commuter-and-driver safety, protection and privacy sphere. Safety as a collective effort is not without value and blends various sectors– from the bus station, to the taxi rank, to the truck stop. Safety is a feeling found in an environment that is well designed and provides this sense that’s hard to describe. Protection is providing security for assets and people, which involves tangible efforts to secure people’s well-being along, within and between infrastructures.

Instead of who to protect, maybe we should take better of the information we need to manage.

Privacy is all about respect, personal respect for the relationships we have as transport users and operators; roadways and land-uses: it’s not just about information. Maintaining the contract of trust theory involves genuine effort to ensure that one’s privacy is protected and nurtured. Meanwhile, allowing the authorities to observe the extent to which you’re sticking to the contract.

Could empathy be part of the commuter transport contract? Could transport companies in freight and passenger transport realign their value systems and still be economically viable? Probably yes. In the 60s it was just much harder to run a company based on welfare economics: today it’s more plausible than ever before. Through integrated information management, industry and systems: transport protests could be a thing of the past. Not because we’re using the most advanced technology, but because we’re using the right information to manage systems. Instead of who to protect, maybe we should take better of the information we need to manage. 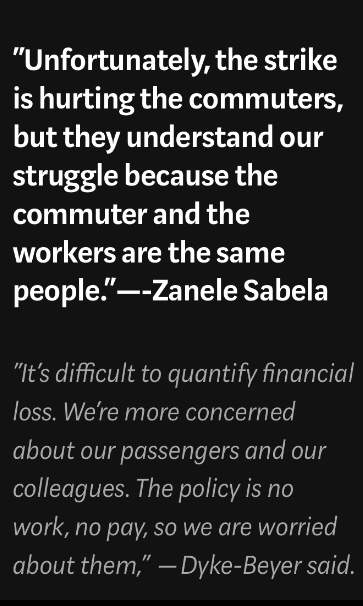 One thought on “Who to protect when transport protests”