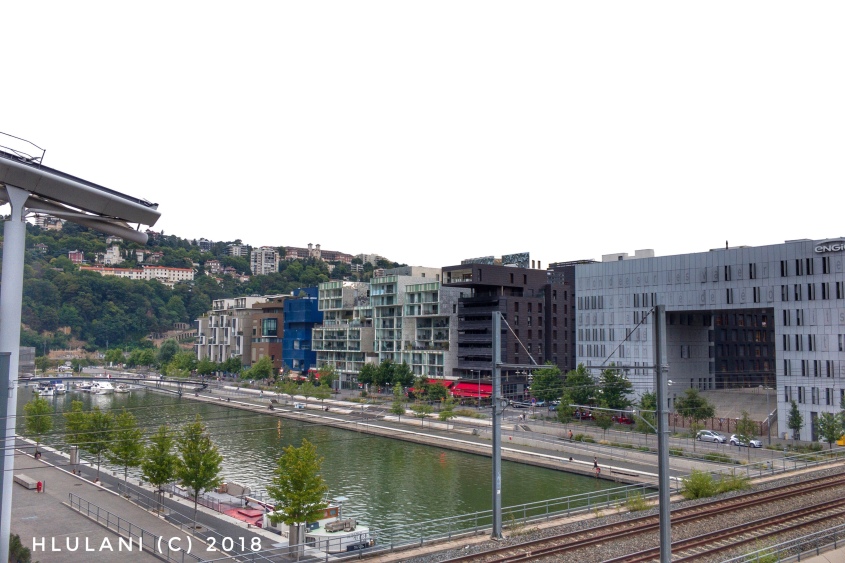 FORM CUBES TO SPHERES— Perhaps real-estate is about tangibility. Cubism, an Afro-format for geometry applied in visual art and design from Europe to the world again feeds off corners. At the edge of place making and design is provocation and tensions between housing, transport and a good way of life. At the Competition Commission hearing, I spoke about how affordable housing needs to be part of the incentive scheme for developments.

The chairperson highlighted that the demand for shelter is so acute that this approach would work in the long term due to its high cost to the government. Meanwhile, my point was that the cost of integrating low-mid-high income households is an essential part of breaking the class lines. Blurring them at the core and enabling cross pollination between strata. This will be expensive from a human settlement perspective, but it will also reduce the cost of transport for households and potentially improve the financial sustainability of public transport. It’s a critical mass issue that i notice in many towns and also in LeConfluence. With the fall out in Cape Town and the expansions in Integrated Public Transport Networks in SA, genuine considerations need to be made.

There’s a particular need to avoid “match-box” commentary on subsidized housing because for some that patch of home is a place of dignity which they will extend and build on. In addition to this, we can not perpetuate fragmented local area planning that spreads a culture of sprawl through our so called “townships”— extending the distance and reducing the energy efficiency of households. The future is not in triangulation, but in a cubistic approach to this multifaceted problem. Particularly where the cube rolls, churning corners and evolves into a perpetually sustainable sphere around the world. Robert Cervero notes that:

“No longer are the majority of American workers located in dense, mixed use urban districts well-served by public transit. More common are work sites dotted throughout the suburban landscape, removed from residential neighborhoods.”

This is not an American trend, it’s a global trend tied to unplanned and rapid industrial and commercial development: especially with respect to the service sector.

How would an official or practitioner interpret this practically? One useful technique is planning around the allocation of space along four or more priority dimensions. For instance, picking through the well known 5D’s one could select density, diversity and distance as theoretical choices and add design as a dynamic component for discussion.

Density would refer to the utilization of available capacity, in this case the number of persons/households per square kilometer. Some cities can build tall buildings in certain areas for housing, others can or do not. Either way, depending on the extent to which the available capacity is used densities can be realized. Perhaps a point worth noting is understanding that density is not homogeneous. Various types of densities exist, and the mainstream conversation does not reflect on how this density is composed. It’s one thing to have a dense urban area with a large number of people in a relatively small space– but one must ask whether the place-making elements or design elements are commensurately dense or not. I suppose one must ask if this type of density interacts with the perceived well being for various household (ie family) and across income types. It’s much worse when density is observed from a behavioral perspective too.

In Africa density can also be a trap– deadly historic wrapping holding households hostage. We see this particularly along the urban edges and selfinformed settlements. Perhaps the causes of such settlements need a deeper explanation beyond the “cheap land” oversimplification.

For instance, a conversation with someone well versed in the mining sector described how many migrant men flocked to mines. They wanted a decent wage and sent a portion to their family. Every time they commutes back home, these men would prove themselves men by conceiving a child up to a certain point. The compounds, not hostels, we’re originally very controlled environments. No female guests, and employees would send money to the men’s families on their behalf. Food and other amenities were provided.

Beyond the apartheid spatial planning lens

“In May 1878, 2000 Xhosa men, women and children were transported from the Transkei area to Cape Town, forming part of a group of 6000 Xhosa who were indentured to work in the Cape. In terms of the indenture system, prospective employers could apply to use these labourers through special officers. The officers concerned would then allocate labourers to ‘successful applicants’. The working conditions were dreadful, and wages pitiful or non-existent. Without accommodation, the labourers were forced to live like squatters, yet they were not permitted to leave their employers. Any attempt at doing so resulted in imprisonment.“– Tembeka Ngcukaitobi, The Land is Ours, 2018.

As the unions crept in to argue that not all workers could live in the compound: especially while mining productivity expanded. Unions advocated for a housing allowance which was followed by a transport allowance compounded into this allowance package. This increased the incomes substantially and represented a freedom from the compounds toward hostels and cheap accommodation. The settlement patterns were proliferated by industrial development and sex. Many of these family men eventually had more than one family to support. As a result making them more intensely driven by higher wages. Ideologically they also believed that they extracted the core products of the mining sector and without them there would be nothing. At a human level, this is part of the industrial dynamics of displacement. Many of these men could have chosen to build better housing, or adopt a structured programme which did not involve infidelity and sex workers. But this was not possible at the time. This is but one example of many life stories that agglomerate in our cities and towns. We need to take a much deeper look. Beyond the apartheid spatial planning eye and delve into the city, industry and social fabric embroidered with stories and people — not just land policies and injustice.

Our one eyed look at affordability within the context of income quintiles may not even reflect the attitudes and stories that inform and influence expectations, tastes and preferences. In the same sense as density, or even design: what if the design principles applied are unrelated to the neighborhoods stories? Should we not be building places to reflect the contemporary stories and confront their realities continuously through space? I imagine that affordable housing represents the essence of belonging. A prime motivation for settling somewhere– being there and defining yourself through and with that location. What “townships” have become are symbolic places of origin: a context lexicon for making the unfamiliar person more familiar based on their “location”. The question of where you are from for most Africans has so many layers: the “townships” and the home which tends to be a village wherein grandparents are found and laid to rest in many cases. Similar to the Tswana Urbanistic ties, the community reflected a common unity and the family was a collection of nuclei. Spread of categories of uncles and aunts that one does not find in Western policy techniques for making places.

Place making locally is much more than bending the cubist form. Because cubism as a movement was an interpretation of African form. What we must do is pay deliberate attention to our places as these tense corners of conversation and ambition. Meanwhile taking note of the narratives weaved between the planning and makings of place through people. Only through a well-rounded approach could genuine places be made, initially with corners but gradually rolling into form following function. Making good places is good for lowering distances travelled, improves health and forces (sane) planners to make places look and feel good for all.