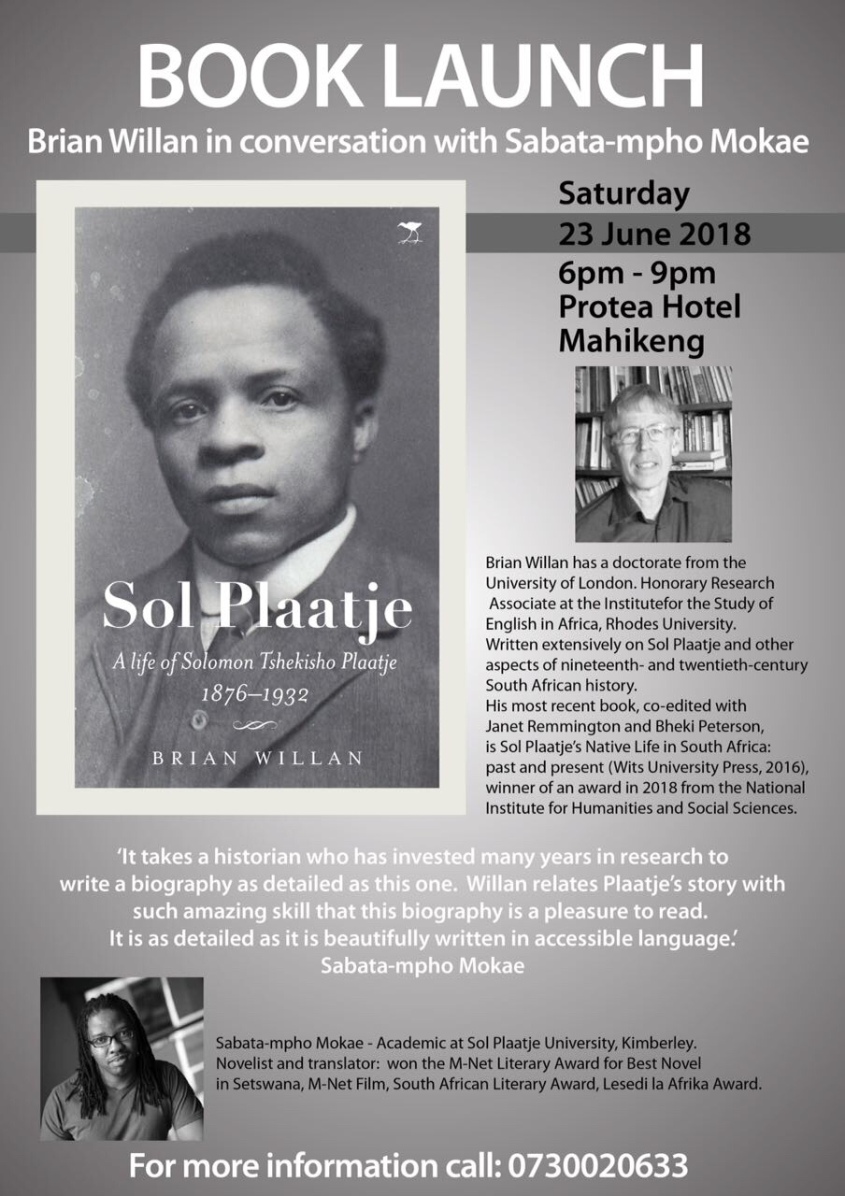 The fearlessness in the room stood up and walked around in a spirit that went from bow tie to corporates. Mahikeng a key part of Solomon Plaatje’s evolution. It was his voice reaching into journalism as a result of translating military intelligence into sensible narratives that would grasp the Mafikeng Mail and beyond, argued Brian Willan.

Tentacles behind the power of language branching out of a newly wed young man, with a young family and a broad array of fluidity in his versatility and fluency in his Tswana heritage, Dutch and English languages–let alone his social and political convictions. We couldn’t help but discuss the sustainability of Setswana and the importance of retaining and developing African languages with the courage, erudition and commitment as Plaatje would have–that was the sentiment from Sabata-mpho Mokae. 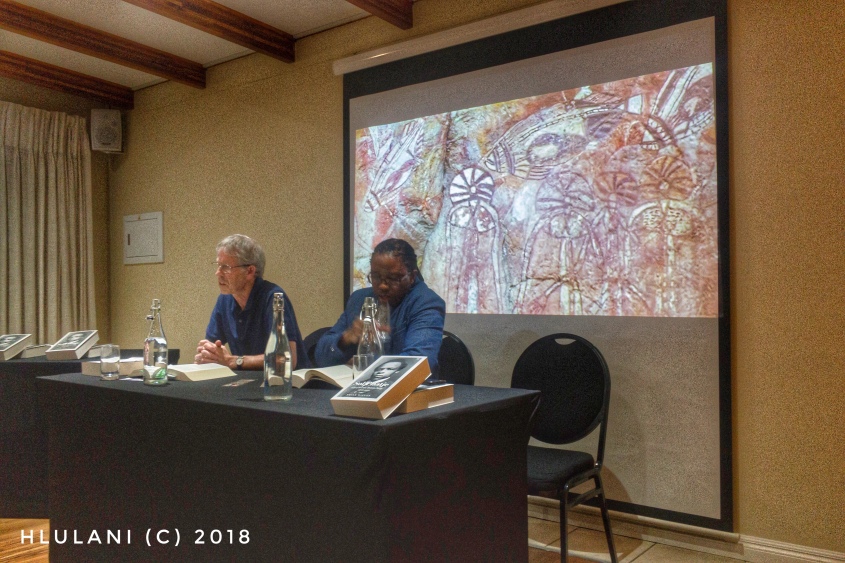 Launching Sol Plaatje: A life of Solomon Thekisho Plaatje 1876-1932 we were fortunate to host Brian Willan and Sabata-mpho Mokae in somewhat of a dialogue in Mahikeng. In the book three chapters account for this now 350 000 inhabitant town, growing unhinged from a grasp of his legacy– and the reciprocal relationship between Sol Plaatje and Mafeking.

Branching out of Kimberley to being an ‘essential interpreter’ wrapped in the Mafeking siege he seemed to bloom into a custodian of reflecting the times through Koranta ea Becoana. As Ben Okri purports that writers are barometers of an age, truly writing seems to have the ink sink so deeply that one shifts from the reporting lines to actually drawing them.

In response to a question from one of our guests, Brian made an interesting remark on the principles he’s noticed through 40 years of scholarship about Plaatje that seemed to have motivated Sol Plaatje. Most notable for me was that Plaatje seemed not only to see opportunity everywhere, but he also knew he had a sheer sense of self-fulfillment ‘through responding to the needs of others’. Noticing that he was well equipped to fight the battles, he confronted the Land Act of 1913 with a voice that also reflected his position on women having appropriate representation on the what a guest called ‘black wealth’. His stance according to Brian emanated from Plaatje’s fluency with Barolong mythology in which influential female characters existed.

Sabata-mpho made it particularly clear that Plaatje had to make exceptionally difficult decisions in his personal life. A newly wed young man with a young family committed to a national cause, often his wife Elizabeth would carry the weight of the household and his sons may have not been as fond of him. One of our other guests actually asked of the relationship between Z K Mathews and Plaatje, Brian responded by highlighting that Sol Plaatje wrote of with admiration (hinting at his forthcoming book with Sabata-mpho Mokae narrating the letters of correspondence Sol Plaatje wrote).

Drifting back to the launch hosted on a Saturday evening at the Protea Hotel by Marriott, our guests were young and old, some highly esteemed and others were members of the Molema family. The evening was curated and moderated by Galefele Molema, background footage was from Baraka a 1992 film by Ron Fricke. The support from people traveling from Zeerust and other towns nearby is much appreciated and the sheer energy and willingness to participate in our 2nd segment is humbling.